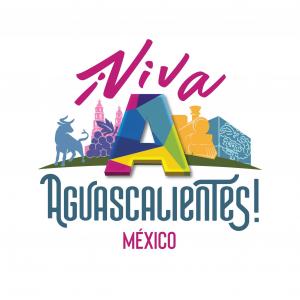 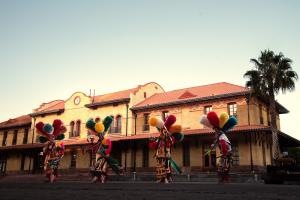 Aguascalientes, widely regarded as the geographic center of Mexico, is also a cultural, natural and tourism nexus

We have a great state. This year, we are the American Capital of Culture; we are going to spread our great cultural wealth, our people, and our traditions.”
— Governor María Teresa Jiménez Esquivel
AGUASCALIENTES, AGUASCALIENTES, MEXICO, January 25, 2023 /EINPresswire.com/ -- The Mexican state of Aguascalientes has been named “Cultural Capital of the Americas 2023.” The announcement – made by the President of the International Bureau of Cultural Capitals, Xavier Tudela – marks the beginning of an intense project with a diverse cultural agenda for 2023 that will highlight the historical and cultural heritage of the state.

This is the first time that the IBCC has selected an entire state as the Cultural Capital of the Americas. In its announcement, the association notes that "Aguascalientes has been chosen Cultural Capital of The Americas for three different and complementary reasons: for the quality of the candidacy project, the institutional and citizen consensus and for the will to use the designation of Cultural Capital as an instrument to add, unite and step up for social inclusion; as well as an element of economic development.”

Aguascalientes, widely regarded as the geographic center of Mexico, is also a cultural, natural and tourism nexus. It has a wide variety of attractions, from adventure in its mountains, religious and cultural happenings, so-called Magical Towns and even a wine route, to two of the most important events in the country: Cultural Festival of Calaveras in November and the National Fair of San Marcos in April, this latter being the largest in Mexico with more than 8 million annual visitors.

Rich in historical and cultural assets, the State of Aguascalientes is the birthplace of engraver José Guadalupe Posada and composer Jesús F. Contreras. It is also home to world-class museums and three of Mexico’s renowned “Pueblos Magicos,” or Magical Towns. All these, along with its privileged climate and weather, are among the many attributes that make this a state rich in travel experiences.

Its extensive highway network and more than 300 domestic and international flights to hubs like Dallas/Fort Worth, Houston, Los Angeles and Chicago — in addition to its geographical location, convention centers of highest standards, modern infrastructure and a large hotel capacity with 5,500 rooms – consolidate Aguascalientes as the ideal option for leisure and business trips in central Mexico.

“We have a great state: dynamic, innovative, competitive, with investment, employment, and an extraordinary quality of life,” said Governor María Teresa Jiménez Esquivel. “This year, we are the American Capital of Culture; we are going to spread our great cultural wealth, talent and our people and traditions.

“We will give a renewed boost to tourism to diversify our economy and show Mexico and the world how much our state has to offer to those who visit us,” Jiménez Esquivel continued. “We are committed to becoming the best cultural tourist destination in Mexico with our museums, architecture [and] Magical Towns, and we will be the great destination for congresses and visitors.”

Aguascalientes was officially named Cultural Capital of the Americas 2023 at an event this past Sunday, Jan. 22, 2023 in the Plaza de la Patria in the state’s capital, also named Aguascalientes, where renowned native composer José María Napoleon performed with the Aguascalientes Symphony Orchestra, along with more than 100 local performing artists who presented traditional dances and music of the state.

The following are seven reasons to visit Aguascalientes. Although the state is heralded for its multiple cultural gems, seven specific so-called treasures were chosen to highlight its rich cultural heritage:

JOSÉ GUADALUPE POSADA’S FAMOUS CATRINA: “La Catrina” is the icon that has become the representative image of the Day of the Dead celebration in Aguascalientes. The female figure with a skull for a face was created by José Guadalupe Posada, an illustrator, engraver and cartoonist born in the state. La Catrina was, in fact, a caricature intended to criticize women who achieved a high social status and hid their indigenous roots to follow European fashions and customs. Today, she is now the star figure year after year at the Calaveras Cultural Festival held each November.

‘OJO CALIENTE’ THERMAL BATHS: The spa facilities, a neoclassical building with French influence, were built in 1831 so wealthy residents of Aguascalientes and surrounding areas had a place to take their baths. Although they have undergone modifications, the hydraulic installations are preserved as they were at the end of the 19th century.

‘TRES CENTURIAS’ COMPLEX: History lovers will appreciate this former locomotive workshop. If the romance of decades past is your vibe, this place is for you. Imagine celebrating an engagement, wedding or simple reunion in front of the train station where many people waited for the love of their lives to arrive. This is the perfect spot to host a wedding with great style and in a setting reminiscent of a movie set.

HISTORIC BUILDINGS: Capital city Aguascalientes boasts an architectural and historical heritage embodied in certain representative buildings, among which the Government Palace stands out. This structure is characterized by hosting five of the most splendid murals in the state. Another historical building is the San Antonio Temple, a monument with outstanding quarry work extracted from the same region in green, yellow and pink tones. Another important and not-to-be-missed building is Teatro Morelos, a theater was declared, a Historical Monument of the Nation by presidential decree.

SAN MARCOS NATIONAL FAIR: With more than 190 years of history and tradition, the “Mexico Fair,” as it is also known, is a display of the best of art and popular culture offering fun activities for the whole family.

AGUASCALIENTES HISTORIC DOWNTOWN — SAN MARCOS GARDEN: The construction of the San Marcos Garden balustrade began in 1842 and was promoted by the then Governor of Aguascalientes, Nicolás Condell. This wonderful work was finished in 1847 and houses to this day a garden that’s home to both history and tradition, where family events take place and which plays a fundamental part in the San Marcos National Fair.

THE TREASURE OF THE STATE’S MAGICAL TOWNS: Calvillo, San José de Gracia and Asientos are the three Magical Towns that showcase the unique identity of Aguascalientes in each of its tourist attractions, offering up an endemic magic that emanates from each of the state’s corners.

For inquiries or corrections to Press Releases, please reach out to EIN Presswire.
✕
× Close Ad