WIREGRASS, Ala. (WDHN) — When Juliana Bolivar moved from Pennsylvania to southeast Alabama, she didn’t expect to use her Spanish often, but after she started as the Director and Lead Business Advisor at the Small Business Development Center at Troy University she found there was a need after all.

“I started with a few workshops in Spanish and it took off really fast,” Bolivar said. “People were very interested.”

Bolivar says the majority of her Spanish speaking clients are first generation immigrants.

Offering services in Spanish helps them to run their business without a language barrier causing problems.

“They are making sure that they understand how to be in compliance, reassurance that they are following the law and if there is anything that needs to be corrected, they fully understand,” Bolivar said.

The U.S. Census Bureau reports that Coffee County has the highest population of Hispanic or Latino people of all Wiregrass counties at 8.8 percent. Early county has the lowest at 2.5 percent.

Bolivar says her clients work in several different industries, but retail, food and landscaping are among the most common.

She believes the Wiregrass is a popular place for Spanish speaking immigrants to start a business because they are from rural areas in their countries of origin.

“They want to stay in a rural area where life is slower and where they can grow a family,” Bolivar said. “They find similarities between their original culture and their lifestyle here.”

One of her favorite places to eat in the Wiregrass is a success story of two Airton brothers and entrepreneurs.

Both Ariton High School students at the time, they opened the food truck Rike’s Tacos Prehispanic Mexican Food at the end of 2019. Their restaurant opened in 2021 and they are opening a third location in Troy in November.

“I hope to have many more branches and allow people to taste traditional Mexican food,” owner Anthony Tzanahua said. “Alabama really doesn’t have that to offer and we’re willing to bring that.”

One couple from Miami moved to Dothan in the last year and saw a need for Cuban food here.

They opened Cubano’s On The Go about a month ago.

Carlos rodriguez/owner of cubano’s on the go “We have a wide variety of people coming out and eating our sandwiches,” owner Carlos Rodriguez said. “Harley’s obviously helped us out. The community has accepted us. We’re getting more and more recognition.”

Later this month, Cubano’s will transition from a push cart to a food truck.

In the years ahead, Rodriguez hopes they’ll expand further to continue sharing Cuban culture with the Wiregrass.

If you’re interested in attending a business development workshop in Spanish there will be one in person and online at the end of October regarding how to prepare your business for the holiday season. 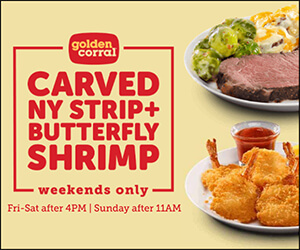 Best gifts on sale today for under $50