DOTHAN, Ala. (WDHN) — The City of Dothan’s water tank at Water World has been nominated as one of America’s best!

Water World needs your help to win the Tank of the Year. The water tank was built in 1979 and is a 1,500,000-gallon tank located at the entrance of Westgate Park. The colorful Water World logo was applied by a general contractor using 20 different shades of Tnemec.

DLS: Get ready for the Dothan ‘Pumpkin Dunk’

Tnemec is one of the largest privately owned protective coatings manufacturers in North America. Since 2006, the company awards the most creative uses of the company’s product on water tanks with a Tank of the Year contest.

The community is given the opportunity to vote for their favorite tank as the “People’s Choice”, according to Tnemec.

A Tnemec committee of water tank enthusiasts then picks 11 other finalists and considers them along with the People’s Choice to decide the official Tank of the Year.

To support your hometown water tower or vote for your favorite water tank please visit https://tankoftheyear.com/. 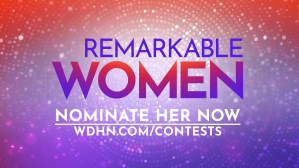